As an Orlando personal injury attorney, one of the things that clients frequently do not understand is why insurance companies do not pay auto accident claims more quickly. 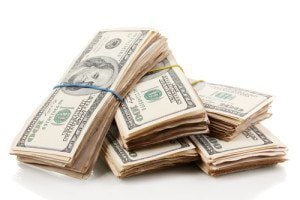 In very rare auto accident cases, insurance companies will pay auto accident claims quickly.  This generally includes only those auto accident cases in which the fault of the other driver is absurdly obvious, and the injuries and typically medical bills clearly exceed the value of any available policy limits.  Even in those cases, they will not pay quickly without a personal injury attorney.  The only reason they pay those claims quickly is because they can be hit with something called an insurance bad faith claim if they do not.

Bad faith cases are those in which the insurance company could and should have paid the auto accident claim, had they been acting in the best interests of the insured.  They are very difficult and time-consuming to establish and not typical.  But they are the only stick that plaintiffs have against insurance companies — and they have an effect when the injuries are significant — especially if the policy limits are low.  But, if the insurance company does not pay the policy limits in those car, truck, motorcycle, biking or pedestrian accident cases, then they risk being on the hook for the entire amount of the damages (above the policy limits).  So they are inspired to pay those claims quickly.

Another reason for delays is that the human body must receive treatment and heal after an accident, unless the accident caused death rather than injury.  This treatment and healing takes time.  We do not know the extent of the ultimate injuries at the outset of the case.  This is one reason why it is important to hire an Orlando auto accident attorney who will not rush your case.  Moving too quickly through your auto accident case often will reduce the value because we do not yet know how all of your injuries will play out.

Insurance Company Profits Are The Only Thing That Matter To Them Besides those two situations, the worse news is that insurance companies do not pay because they have had a new operational model since around the mid-1990’s, which is focused heavily on profits above all else.  I cannot overstate the negative impact this development has had on timely or fair resolution of motorcycle, car, truck, bicycle and pedestrian accident claims against insurance companies.  These companies were hit hard by Hurricane Hugo.  So one of the biggest, Allstate, began consulting with a New York efficiency firm.  This firm advised them to begin a deliberate process of delaying payment of claims, offering very low settlement amounts, below what was actually owed, and defending lawsuits vigorously.  This is a very big reason why you should never deal with an insurance company without an attorney.

Now Getting Real Justice Is More Difficult Than Ever

So the insurance companies switched from having a pay somewhat fairly model, to a deliberate and very calculated attempt to treat every claimant unfairly.  This is unfair even to their own insureds (those who purchased insurance from them), since they paid for coverage that they really do not get.  Often the only way even an auto accident attorney can get them to play fairly is by filing a lawsuit.  Some settlement mill firms do not file lawsuits but instead encourage people to take the last highest offer.  This may be the best a personal injury attorney can do in a less serious injury case, such as one involving only soft tissue injuries, because a lawsuit cannot be justified as a practical matter.  But settlement mill practices operate as an extreme injustice to those with moderate to severe injuries.  The insurance company pays far less than they should and the case is resolved quickly.  This is absolutely not how a moderate to serious or catastrophic personal injury lawsuit should ever be handled.

Why Would They Do This? 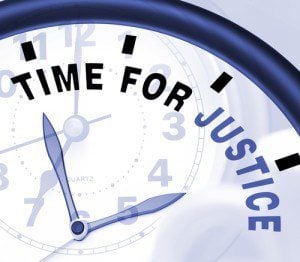 The insurance companies benefit in a few different ways from delaying motorcycle, car, truck, bicycle and pedestrian accident claims.  First, the injured person may be forced to settle more quickly, and for less, because they need the money.  The insurance companies also benefit by holding onto their money for longer.  In some cases, the insurance company may benefit if someone is older or catastrophically injured because the person may die.  If the person dies, the resulting lawsuit will generally be worth less than if the person lived and needed a lifetime of serious medical care.  They also benefit if the injured person does not understand that they do not have to accept low ball offers, which is usually what happens if they do not hire an auto accident or personal injury attorney.

If you were injured during an auto accident, I cannot more strongly urge you to call me, and quickly.  You need an Orlando personal injury attorney who will fight low ball offers with hard ball tactics.  I am that person.  And time is money in these cases.  You only pay me if I recover money for you, so consultations are free.

Where I Accept Cases

I am an Orlando personal injury attorney, but I will provide the same level of highly personalized service in moderate to severe injury cases all over the states of Florida and Georgia.  This includes nearby Orlando suburbs such as Winter Garden, Ocoee, Clermont, Windermere, Dr. Phillips, Kissimmee, Winter Park, Casselberry, Maitland, Daytona Beach, Deland, Deltona, Altamonte Springs, Apopka, Tavares, Eustis, Leesburg, Mount Dora, and Leesburg.  I will also accept moderate to severe injury cases from other parts of Florida or Georgia, including Tampa, Melbourne, Tallahassee, Jacksonville, West Palm Beach, Miami, Valdosta, Macon, Atlanta, and all points in between.