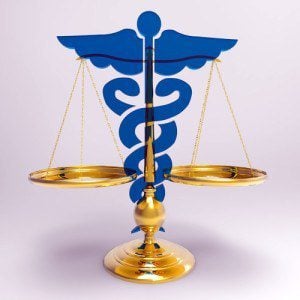 Call An Orlando Medical Malpractice Lawyer If You Are Wondering

Nevertheless, for those severely injured or killed due to the malpractice of a health care provider, which includes a long list of people and institutions including doctors, nurses, therapists, and hospitals, among many others, the absolute best way to determine whether you or your loved one’s injury or death might constitute a viable medical malpractice claim is to call and speak with an Orlando medical malpractice attorney.  We are used to fielding many calls involving cases that unfortunately do not satisfy the statute, which we do not mind doing, with the hope of finding those who have been injured, have a valid med mal claim, and need our help. Orlando medical malpractice attorneys ALWAYS very carefully evaluate whether the doctor actually did anything wrong.  If you think about this, the flip side is that a doctor can cause terrible harm, but if he was doing what any other reasonably prudent doctor would have done in the same situation, then he is not liable for resulting injuries or even death.  Let me give you an example.  If a doctor performed heart bypass surgery, and the patient died as a result of complications from the surgery, but the doctor performed the surgery exactly how anyone in his profession would have done, then he is not responsible for the death.  After all, you do not need a medical or law degree to know that everyone gets sick and dies.  Doctors obviously cannot be responsible for ensuring the life or even perfect health of any of their patients.  So they are only held responsible when they do something, or fail to do something, and others in their profession, acting in a “reasonably prudent manner,” would not have done the same thing in the same situation.  Again, we use medical experts to prove this point.  If there are no medical experts who will testify that the doctor breached the professional standard of care, then the case cannot be maintained or even filed (Florida has a pre-suit requirement for supportive medical expert opinions, without which the plaintiff cannot file suit).  If the case ever reaches a jury, then the jury hears the medical experts before deciding whether the doctor breached the standard of care.

Did The Doctor’s Negligent Act Cause The Patient’s Harm?

Orlando medical malpractice lawyers also MUST prove that the doctor CAUSED the patient’s harm.  So another important aspect of medical malpractice is causation.  A doctor can do something terrible, horrible, egregious, and far outside the bounds of any reasonable standard of care.  However, if that terrible act did not cause the patient harm, then the doctor will not be liable for any injuries the patient experienced.  For example, let’s say a dermatologist misdiagnoses melanoma, one of the most deadly and aggressive cancers, by telling the patient that a concerning small lesion was nothing major.  Let’s then say that the very aggressive melanoma metastisizes, or spreads to other parts of the body.  Metastatic melanoma (in another words, melanoma that has spread elsewhere in the body) is almost always a death sentence for the patient, yet death is often preventable if the disease is diagnosed early enough.  So let’s say that the doctor clearly breached the prevailing professional standard of care by his initial misdiagnosis.  However, let’s then say that the patient died of a massive heart attack early enough in the cancer disease process so that it was clear the heart attack was unrelated to the misdiagnosis of the cancer.  The doctor screwed up.  But he did not kill the patient.  He may have caused the patient some suffering, perhaps even a significant level of suffering depending on the cancer symptoms, but this amount of suffering probably would not be enough, as a practical matter, to justify the medical malpractice attorney’s significant time and expense in pursuing a med mal claim on these specific facts.  So, despite perhaps having a technically valid claim, this hypothetical potential client would, most likely in my experience, have great difficulty finding a Florida med mal attorney to take his case. 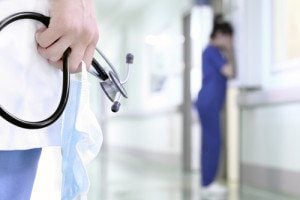 What Was The Degree Of Injury Or Harm?

Orlando medical malpractice lawyers MUST, due to horribly unfair & restrictive med mal laws, reject all but the most catastrophic cases, and even some of those.  So perhaps the final and most important aspect of medical malpractice, again from a practical perspective, is the degree or severity of the patient’s injury, which is another way of saying how much money is likely to result from a successful medical malpractice lawsuit.  Even if the doctor clearly violated the prevailing professional standard of care, and even if that breach clearly caused the patient harm, the degree of harm is another very important question to a medical malpractice attorney.  This is an unfortunate but very true reality, given strict statutory requirements that greatly increase costs in medical malpractice claims far beyond those of other types of accident and injury claims (which medical malpractice attorneys MUST pay out of their own pockets to pursue each and every med mal case).  I am reminded of my days clerking for a well-known local medical malpractice attorney.  I remember seeing an email with an x-ray of an instrument left in a patient’s body during surgery.  The doctor clearly screwed up.  And the patient had a significant level of pain as a result of the obvious mistake.  Causation was a given.  But still this was not a case that my former boss could feasibly pursue.  Why?  Because the damages, from a monetary standpoint, unfortunately were not likely to be high enough to justify the outrageous cost of pursuing these claims.  In that particular situation, the patient could have had the instrument removed and would have little permanent damage.

The moral of the story is that you must be severely or even catastrophically injured, or have had a loved one who was killed (i.e., wrongful death), to realistically hope to pursue a med mal claim.  Again this is just from a practical perspective.  The patient in the last example absolutely had a valid med mal claim under the statute.  But the costs of pursuing the claim (for the Orlando medical malpractice lawyer) far outweighed what he could ever hope to earn on the case.

On A Positive Note

Although the damages must be catastrophic, and caused by a breach of the standard of care, some potential clients have cases without realizing that they do.  I recently spoke with someone who potentially has a serious med mal claim but only called me because some of her friends suggested that maybe she should.  If serious or catastrophic injuries, or death, are involved, never try to sort out this mess on your own.  If you or a loved one has suffered extreme injury or death at the hands of a doctor, and you have some reason to suspect that the doctor, nurse, hospital, or other health care provider made a mistake, then please give me a call.

This page explains Florida law only, although laws and concepts are similar in all states.  I am also licensed in GA.