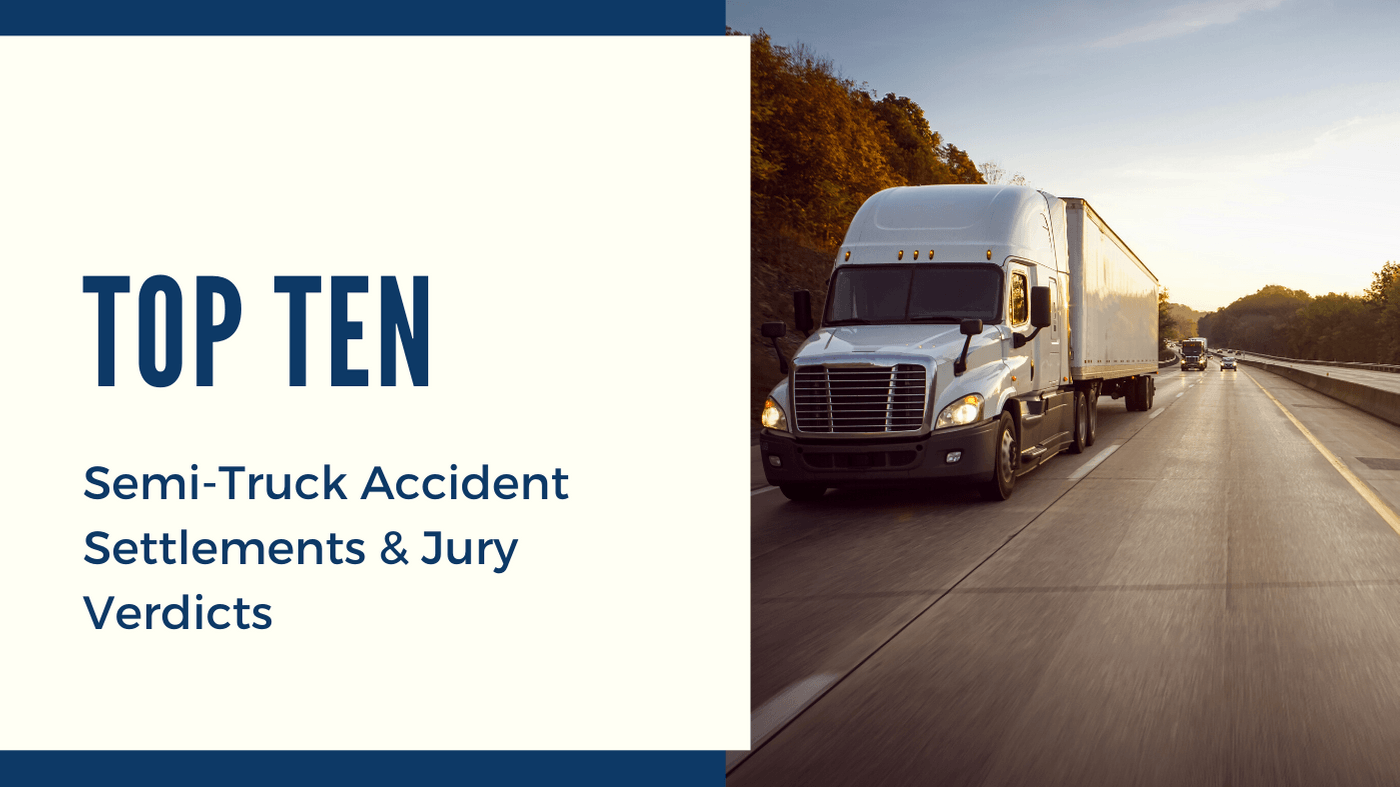 Which Semi-Truck Accident Cases Usually Have The Highest Verdicts?

One thing true for all accidents is that catastrophic injuries requiring a lifetime of care, such as a serious brain injury, usually lead to higher settlements than even accidents that led to death (because the defendant must pay the cost of lifetime care for the plaintiff), assuming the defendant’s FAULT in causing the accident is clear. Additionally, sometimes the value can be higher when there are substantial, lifetime lost wages (which happens if the plaintiff has evidence to prove that he or she is no longer able to perform his or her job, such as employer and/or treating doctor testimony — a high burden that requires good evidence of permanent inability to work).

So, without further ado, here are some example cases:

If you would like us to evaluate the potential value of YOUR serious injury or wrongful death tractor trailer accident, please call to discuss the best strategy in your case. We have a small team of very experienced & award-winning tractor trailer lawyers. We focus on low volume and the highest level of service. You are welcome to text or call (407) 803-2139 for a FREE case evaluation 24/7/365. If we are able to accept your case, then we will provide an extensive consultation regarding what you should expect, including how to maximize your case value.

We have a highly experienced & award-winning semi-truck accident lawyer team that WILL get you the absolute highest value for your semi-truck accident case. Please call us today to discuss our previous settlements, verdicts, and awards, during your free & extensive consultation.

Read Our Many Five Star Reviews By Clicking Here