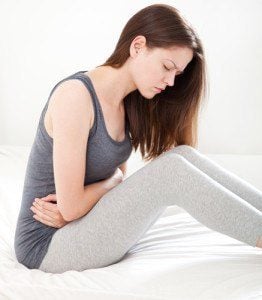 Transvaginal mesh lawsuits have been filed by the thousands.  When I first heard of these devices, they sounded foreign, so I initially assumed that they would not impact a large number of women.  But, I was very wrong.  Transvaginal mesh devices have seriously injured thousands of women across the country, often impacting their lifestyles in a permanent and serious way.

What Is Transvaginal Mesh And How Many Women Might Be Affected?

Transvaginal mesh is essentially a weave like product, similar to woven fabric, which is surgically inserted into a woman’s vagina, to support her organs above.  Women who need these devices often suffer from conditions known as Pelvic Organ Prolapse (PIP) and Stress Urinary Incontinence (SUI).  Some women who have undergone hysterectomies have also received transvaginal mesh devices.  About 35% of all women experience PIP at some point during their lives.  Further, about 25% of women during their reproductive years and 50% of post-menopausal women experience some degree of incontinence.  So the numbers of women who might have had doctors recommend and/or implant these problematic devices is huge.

If you have had transvaginal mesh implanted, and experienced any complications, you may be entitled to compensation by filing a lawsuit against the device manufacturer, so I urge you to contact me now.

As a woman who has experienced pelvic floor pain (thankfully resolved), I can tell you from personal experience that you cannot possibly imagine the degree of annoyance, pain and almost disability that can accompany the uniquely female medical conditions associated with pelvic floor dysfunction.  A few years ago, for no apparent reason, I developed severe and unexplained pelvic floor pain, which lasted, on a severe and constant basis, for more than a year, and involved many visits to perplexed urogynocologists, as well as related physical therapy.  Apparently, my history as a distance runner somehow weakened those muscles, which I had to work to strengthen again.  My immense frustration with the condition would be difficult to understate.  Although there are definitely many more serious injuries and illnesses, the experience was still one of the physically worst of my life.  And I was one of the “lucky” ones with no symptoms other than horrible and constant pain.  Thankfully my urogynocologist never recommended surgery, but instead steered me toward outstanding physical therapists, who were ultimately able to help me.

Other Women: Unfortunately Some Were Not So Lucky

Some women have even worse pain and definitely more annoying symptoms, including incontinence, which thankfully has never plagued me.  Childbirth can lead to these problems years down the road.  Basically, during Pelvic Organ Prolapse, the muscles of the pelvic floor, which surround your entire hip region, and which support the organs above them, begin to drop or “prolapse.”  Physical therapy can and does help some women.  For other less fortunate women, their doctors often recommend surgery, including the implantation of transvaginal mesh, which acts kind of like a sling on the upper part of the vaginal canal, to support the organs above.

What The FDA Has Said About Transvaginal Mesh Devices

But, the FDA discovered and eventually reported that there were thousands of women suffering from extensive transvaginal mesh complications, which, according to allegations in lawsuits filed against these manufacturers, were not even tested in human beings before being implanted into women (can you imagine?)  Even worse, these devices allegedly cannot be easily removed because they grow into the surrounding tissue, and develop blood vessels and tissue all around them.

The FDA has issued several formal public safety alerts advising women that side effects from transvaginal mesh devices are not rare, so traditional surgical repairs are believed to be safer.

Thousands Of Lawsuits Have Already Been Filed

Because of these complications, thousands of lawsuits have been filed.  You can read more about those cases in Part II of this article, which you can find here.

Please Call Me Today If You Have Been Affected

Additionally, if you have received a transvaginal mesh implant, and have experienced unacceptable symptoms as a result, please contact me today. I work with co-counsel experienced in handling these types of cases and, together, we fight passionately on behalf of all of our clients. My office is located in Orlando, Florida, although I accept serious injury and accident cases all over the states of Florida & Georgia, including Miami, Tampa, Jacksonville, Tallahassee, Melbourne, the Beaches, Valdosta, Macon, Atlanta, and all areas above and below.

Should You Hire A Personal Injury Settlement Mill To Handle Your Transvaginal Mesh Case?