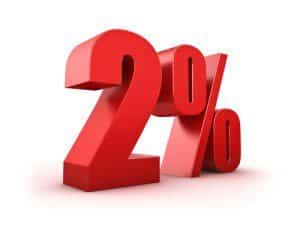 Although that is an admittedly dated statistic, and does not include state court cases, there is no reason to believe that the information is any less true today, nor much different in state versus federal court.  That led me to further statistical research suggesting that only 2% of all civil cases go to trial.  I think that sounds about right and would attribute the difference to the fact that not all cases even result in a lawsuit (because some are settled pre-suit, which means before the attorney ever has to file any papers in court).   Further, although lawsuits, once filed, may span many months or even years in larger or more serious cases, the average length of a civil trial is only 3.7 DAYS!  So trials are relatively rare and, when they happen, just a short blip at the end of an exceedingly long and very active time frame before trial. Time-wise, the trial itself is a relative drop in the bucket and not the most significant part of the case by any stretch of the imagination.

So the moral of the story is that your injury or accident case, statistically speaking, has a low probability of going to trial.  To me anyway, as I’ve said more than once in the past, you either need an Orlando personal injury lawyer or car accident attorney or a trial team who can competently handle the pre-suit and pre-trial phases of your cases, as well as the trial itself.  Many Orlando injury lawyers advertise their great trial skills, but, considering the statistics, do you think those should matter more than the injury attorney’s pre-trial skills?  What happens during pre-trial determines whether your case settles before trial and has a HUGE influence on the amount of any settlement.  That being said, if an insurance company or large corporate defendant thinks that your Orlando accident attorney will not be a good trial attorney, then they are more likely to roll the dice in front of a jury and take the case to trial.  So you need to find an attorney or legal team equally comfortable in both arenas, which is what my clients get.

So What Happens Pre-Suit To Cause Settlements?

This is an impossible question to answer.  But the question is similar to asking: what happens during heart surgery?  A surgeon might be able to explain the various stages in fairly simple terms.  But they could not possibly explain, without literally years of instruction, the myriad details that factor into their daily work.  I have tried during some of my blogs to touch upon various singular examples (minus lots of details too confusing to explain even with individual examples).  But I simply cannot capture all of the details of what goes into my work each day.  I can only tell you that, if you are injured, we should talk.  Talking to me is free and I will give you the real scoop, without the hassle of working through a paralegal or secretary.  You can talk to an Orlando personal injury attorney now and then make your own judgment.

But Let Me Try To Give Yet Another Vague Example

But first a digression.  You should also realize that attorneys simply cannot give detailed examples of pending cases (which is the only thing likely running through their brain on any given day) because client confidence is protected and sacrosanct.  Although hypothetical examples are okay, attorneys also have to be very careful not to reveal current case strategies on their websites (or anywhere in print) because of the danger that the opposition will stumble upon a current blog post and gain a tactical advantage.

Extremely Personalized Service And Lots Of Communication With Clients

So, that being said, recently I was working on an imaginary project in a very serious injury case.  I probably spoke with my client 4-8 times per day during the heat of the preparation stage.  The client was thinking of making various decisions that most certainly could and probably would have hurt their case.  I had to burn many calories trying to convince the client that they should follow my suggestions.  The end result left the client in a much stronger position.  That highly personalized service may mean the difference between a so-so outcome and a superb outcome.  I can tell you that one of many potential mistakes being made by the client was that they were ignoring certain injuries because other more serious injuries logically seemed more pressing.  But we were at a stage in the case when all injuries needed to be evaluated ASAP.  And many other factors were in play–including what insurance coverage could be utilized, how to pay doctors (did you know that auto insurance will not pay doctors until/unless you settle a case, which means you need someone who can help you find a way to get treatment without insurance?), how to find and serve all potential defendants and learn about all potential insurance coverage, which injuries needed to be evaluated and/or treated and by whom, and many other similar questions.  You need someone who will carefully walk you through each and every decision–not just take thousands of cases and watch them to find those where the injuries are so obviously catastrophic that any attorney with a heartbeat could get the full value of any applicable insurance policy.

If You Would Like To Discuss How Pre-Suit And Trial Strategies Could Seriously Impact The Value Of Your Potential Injury, Accident, Or Wrongful Death Case, Call My Cell Phone Now At (407) 803-2139.
Share
0