What Is Your Florida Medical Malpractice Case Worth?

HomeWhat Is Your Florida Medical Malpractice Case Worth?

Every potential medical malpractice plaintiff wants to know what their case might be worth. I had one person call me recently who had been researching the value of various injuries, as if there were a scale somewhere that would give him an approximate dollar value of his particular injuries, somewhat like the Kelly Blue Book for vehicles.

Unfortunately, such a book does not exist for putting a value on medical malpractice or other personal injury or accident cases. We do have electronic databases, which contain verdict and settlement reports, and within which we can search for specific injuries or other sets of facts (for example, car accidents, emergency room accidents, misdiagnosis of cancer, birthing injuries, brain injuries, spinal cord injuries, etc.). These are subscription-based services, with only lawyers as subscribers. But past case settlement and verdict reporters have limited relevance because the value of any case turns on a multitude of factors and every case is tremendously different. For example, a traumatic brain injury (TBI) could completely incapacitate a person, or the effects could be mild. The damages in the two situations could range from a few thousand to millions. The databases are helpful as a starting point for lawyers to get some idea of potential value, but I never get terribly excited one way or another when I read these.

The reality is that knowing the value of any medical malpractice lawsuit is very difficult until far along in a lengthy pre-trial process. There are a long list of factors that might impact value, including the severity of the injury, the clarity of causation (meaning whether the doctor or other medical provider clearly caused the injury), the credibility of the medical experts for both the plaintiff and defendant, the likeability of the plaintiff, defendant, and his or her witnesses, the venue of the case, meaning where the lawsuit was filed (some jurisdictions are notoriously conservative), and a multitude of other factors.  Many of these factors are largely unknown until records are collected, witnesses are interviewed and deposed, and all evidence in the case is nearly ready for trial.  Another sometimes overlooked factor (by potential clients) is the wealth of the defendant.  As my Grandfather would say “you can’t get blood from a turnip.” In other words, if the defendant is a small medical clinic with limited resources, then your damages might be limited to collectible funds available to pay any potential claim, regardless of other factors.

The actual categories of medical malpractices damages are divided into what the law labels as “economic” and “noneconomic” damages. Economic are generally those things that are easier to quantify, such as lost wages, past and future, lost earning potential, medical expenses, past and future, such as necessary medications, surgeries, adaptive devices (for example, prosthetic devices, wheelchairs and other medical equipment), and life care expenses. Some economic damages, particularly those from the past, are easy to quantify because there are receipts or wage loss records. On the other hand, future medical expenses and lost wages can be difficult to quantify because none of us has a crystal ball. A new medical procedure might come along to cure paralysis, for example.  But that can’t be known at the time of settlement or trial. To assist with calculating future economic damages, medical malpractice attorneys always hire some combination of medical doctors, rehabilitation experts, and economists as experts to testify during depositions or trials. These people help quantify and calculate past and future medical treatment, loss of earnings and ongoing care. 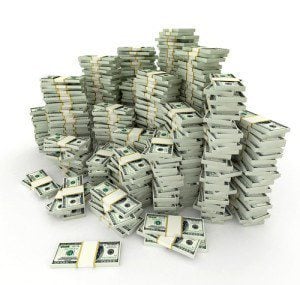 Should You Expect A Financial Windfall?

The reality is definitely that a big percentage of money damages pay for medical treatment.  Those types of damages do not represent a net financial gain for the client, but are still very important because ongoing care or treatment is necessary (and may otherwise be unavailable, particularly for a lifetime). So medical malpractice attorneys fight, in part, for your ability to receive the care that you need for the rest of your life.  Indeed, recovering necessary funds for future medical and life care is one of the main goals of a medical malpractice lawsuit.  Health insurance companies are entitled to repayment for past medical expenses (from the proceeds of a settlement or verdict, which reduces the amount that goes in your pocket).  However, for some types of claims, your attorney may be able to negotiate these expenses down.

Your Unique Characteristics Can Impact Damages

Since damages are calculated over a lifetime, two of many relevant factors in valuing medical malpractice cases are the age of the victim, and the previous earning capacity of an adult. An elderly person obviously would not need as much money for a lifetime of care as a young adult, and a successful physician would lose more in future earnings, if completely incapacitated, than a store clerk. However, all of these individuals could have very valuable medical malpractice claims if their injuries were severe enough, with some of the most severe medical malpractice cases running in the millions, particularly for those who are going to need a lifetime of extensive care or treatment.  After all, medical costs are not cheap.  This amount of money might be needed as a result of the harm caused.

The second category of medical malpractice damages, which we call “noneconomic damages,” is much more difficult to quantify. This includes pain and suffering, disability or impairment, mental anguish, inconvenience, and loss of enjoyment in life.

Update (7/30/2015)!  At least one Florida appellate court has removed the caps from non-death med mal cases.  This is expected but not guaranteed statewide.

There is simply no way to predict the value that any given set of jurors will put on pain and suffering. During settlement, some lawyers use a rough multiplier of economic damages as a way of agreeing on the unpredictable during settlement.  But those vague and often differing rules of thumb (particularly between plaintiff and defense attorneys) shouldn’t rule the day. Your attorney should take an extensive amount of time to learn your story, so that he or she can effectively tell it (and the money is in the details as far as I’m concerned). Day-in-the-life videos can also help paint a picture where words are insufficient. Jurors could render awards far above or below settlement talk predictions, since they are individuals from all walks of life with widely varying opinions, sympathies, political persuasions, and life experiences. Will Your Life Ever Be The Same Again?

Very often, the highest noneconomic damages are awarded to those whose entire way of life has been forever altered, such as those with spinal cord injuries, paralysis, amputations, severe disfigurement, blindness, severe brain injuries, misdiagnosis of cancer, birth injuries leading to lifelong disabilities such as cerebral palsy, injuries leading to permanent vegetative states, loss of a loved one because of wrongful death, and the like. (Wrongful death damages also vary a great deal depending on the survivors, as well as the health, earning capacity (in cases where prior financial dependency is involved and relevant) and age of the deceased.)

Will You Need Ongoing Care Or Live As Long?

Other aspects of your case can impact your ultimate award, including whether your injuries require ongoing care, whether your life expectancy has been shortened, whether your behavior contributed to your own injuries, whether you’ve lost your ability to work, whether you have dependents who you can no longer support, and whether you need assistance with household duties.

Punitive damages, or those designed purely to punish the defendant, rather than compensate the plaintiff, are exceptionally rare in med mal cases. However, sexual abuse by a doctor or other medical professional might lead to them. In rare cases when they are awarded, punitive damages are capped by statute in Florida at 3 times the amount of compensatory (which is economic + noneconomic) or $500,000, whichever is greater. 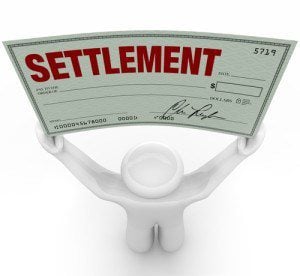 One thing to remember is that a medical malpractice settlement, which gives certainty and some degree of control to both parties, may not be as high as a verdict. Each side must take less than they think they can get at trial, otherwise there would be no point in settling. Of course, settling can also lead to a much higher value, since jurors could return a zero verdict. But the point is that you should be prepared to exchange some amount of money in settlement for the certainty gained by not throwing the case outcome in the hands of a set of 12 strangers. Perhaps for this reason, only 2% of cases ever go to trial (and that includes only filed lawsuits, yet many cases are settled pre-suit). In my experience, careful preparation during the pre-trial stage is the most critical aspect of handling any case, which is the same thing as being fully prepared to go to trial whenever necessary.

How I Can Help

I only accept medical malpractice claims working in conjunction with other firms.  I have a list of medical malpractice attorneys whom I thoroughly trust and greatly respect to call whenever one of my potential clients needs help in the med mal arena.  I am available to stay involved as needed, primarily to give additional ideas, draft documents and/or consult with the client if the lead attorney is unavailable.  I can also give the potential client a preliminary idea of whether they are likely to have a potential case that would interest a medical malpractice attorney.  This additional oversight and second opinion never costs you any more money.  Whatever you do, make sure you call someone who handles only a low volume of these types of cases.  In my very strong opinion, no attorney can effectively handle a high volume of medical malpractice cases.  You might also want to read my warning article regarding problems with settlement mill firms, although I have no idea whether any firms in town handle med mal claims on a volume basis.  I just know that cannot be done effectively, so you should ask anyone you hire how many other med mal cases they are handling at the same time as yours.

Where Do You Live?

This page explains Florida law only, although laws and concepts are similar in all states.  I am also licensed in GA. If you are from another state, then I might be able to help you find a good medical malpractice attorney in your state.