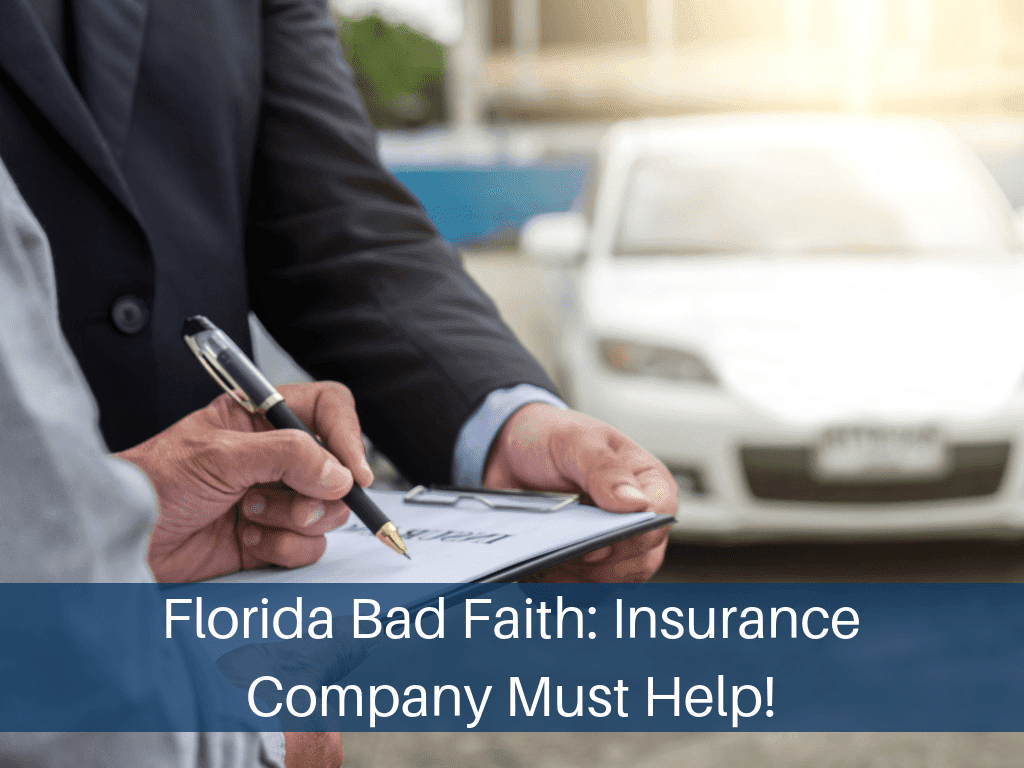 In Harvey v. GEICO Gen. Ins. Co., 2018 Fla. LEXIS 1705 (Fla. 2018), the Florida high court ruled that insurance companies can still be liable for bad faith even if the actions of their insured were also to blame for an excess judgment above policy limits.  The case establishes that insurance companies do not have a “contributory negligence” type defense to bad faith claims based on the actions of their insureds.

In layman’s terms, that means, even if the at-fault driver with insurance makes a mistake, the insurance company can still be held liable, for the full value of the jury verdict, above any insurance policy limits, if they refused to cooperate as needed in settling the case.

Read Our Many Five Star Reviews By Clicking Here

What Happened In This Bad Faith Case?

The petitioner, James Harvey, was in a car accident in 2006 which caused the death of the other driver – John Potts.  Mr. Potts was 51 years old and left behind a wife and 3 kids. Just an awful tragedy. At the time of the fatal accident Harvey was covered by a $100,000 liability policy with GEICO.  The accident was promptly reported to GEICO and their investigation quickly confirmed that their insured, Mr. Harvey, was at fault.

An attorney for the estate of the deceased driver, Mr. Potts, notified GEICO that they were looking into a wrongful death claim.  The attorney for the Potts estate contacted GEICO and requested a recorded statement from Mr. Harvey. The purpose of the requested statement from Harvey was to determine if he had any additional insurance or financial assets.  In other words, the Potts estate wanted to find out if there was any point in going after Harvey for more than just the $100,000 limit under his GEICO policy.

Mixed Fault: Both Geico & The At-Fault Driver Made Mistakes

GEICO did not immediately advise Mr. Harvey that the Potts estate wanted to get a formal statement from him about potential assets.  Instead, GEICO denied the request for a statement from Harvey and sent a check for the $100,000 policy limit in exchange for settlement of the estate’s claim.

The Potts estate informed GEICO that they were not willing to settle the matter for the GEICO policy limits without knowing if Harvey had other coverage or assets.  GEICO did not inform Harvey of the request for a statement until 2 weeks into the process. Harvey told the GEICO claims adjuster he had retained his own lawyer but his lawyer was not back from vacation until the following week.  The GEICO adjuster was supposed to relay this information to the Potts estate but she never did. After hearing nothing back, and without a statement from Harvey, the Potts estate returned GEICO’s check and filed a wrongful death suit against Harvey. The case went to trial and resulted in a judgment against Harvey for $8.4 million.

When An Insurance Company Fails To Cooperate, In Bad Faith, Victims Can Sometimes Recover The Entire Jury Verdict

Harvey subsequently sued GEICO for bad faith based on the judgment in excess of his $100,000 policy limit.  Now, as a practical matter, Harvey is not really the one suing. The plaintiffs and their lawyer are stepping into their shoes because they are the ones that really stand to benefit from the bad faith claim because the money awarded would go the family.

The bad faith action went to trial and a jury found that GEICO acted in bad faith and awarded Harvey $9.2 million. However, the judgment against GEICO was overturned on appeal.  The intermediate appellate court explained that GEICO could not be liable for bad faith when the excess judgment was caused, at least in part, by the actions/inactions of the insured (i.e., Harvey’s failure to provide a statement).

Harvey appealed to the Florida Supreme Court.  A divided court ruled in favor of Harvey, and affirmed the trial court’s decision that GEICO had acted in bad faith.  The majority noted that there was more than enough evidence to support the jury’s finding that under the “totality of the circumstances,” GEICO failed to act with the required level of diligence and good faith.  The court also rejected the notion that the actions or inactions of the insured can provide an affirmative defense to a bad faith claim:

“[n]othing in our precedent can be read to suggest that an insurer cannot be found liable for bad faith merely because the insured could have attempted on his own to avoid the excess judgment.  In fact, our precedent states just the opposite, as it is the insurer who owes a fiduciary obligation to the insured to [act] in good faith and with due regard for the interests of the insured.”

The decision in Harvey will serve as a reminder to insurance companies and their adjusters that they can’t always cut a check, and bail out, in big cases that will clearly exceed policy limits, without serious ramifications.  The GEICO claims adjuster at the center of this case apparently had a history of difficulty in properly handling claims. Her performance reviews repeatedly found that she struggled to manage her case load and had issues with poor communication.  When she realized that the claim against Mr. Harvey would clearly exceed policy limits, the GEICO adjuster appears to have decided that once she sent out a check for the policy limits, she didn’t need to do much else on behalf of the insured. The testimony at trial made it pretty clear that all the GEICO adjuster needed to do was communicate with the attorney for the Potts estate regarding their request for a statement from Harvey.

The attorney for the estate testified that if they had obtained the requested statement from Harvey and learned that he had no other coverage or assets, they would have settled for policy limits and never filed the wrongful death action.  The Harvey decision will hopefully serve to remind insurers that their obligations on behalf of their insureds go beyond the monetary policy limits.